The Fifth of July

On the Fourth, many of those in circles I know honestly faced the realities of our history. “All men are equal” applied to white male property holders.  The Declaration explicitly denounced rebelling against enslavement and explicitly dehumanized Native Americans, denying they had rights to live on their traditional lands. 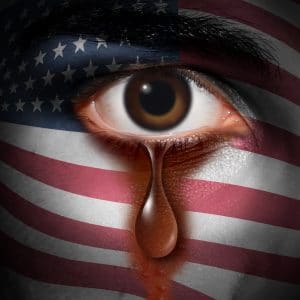 Facebook memories let me see the ways I’ve personally responded to the Fourth of July over the last 10 years.  Mostly with somber reminders that Independence was not for the majority of people in those lands.  The day has not been one of mere celebration for me, for many years.

Asked to speak to a Ladies’ Anti-Slavery Society in 1852, in the shadow of the newly-passed Fugitive Slave Act, Frederick Douglass was direct and honest:  “This Fourth of July is yours, not mine. You may rejoice, I must mourn . . . Do you mean, citizens, to mock me, by asking me to speak to-day?”  He also said, in that same speech:

“What, to the American slave, is your 4th of July? I answer; a day that reveals to him, more than all other days in the year, the gross injustice and cruelty to which he is the constant victim. To him, your celebration is a sham; your boasted liberty, an unholy license; your national greatness, swelling vanity; your sound of rejoicing are empty and heartless; your denunciation of tyrants brass fronted impudence; your shout of liberty and equality, hollow mockery; your prayers and hymns, your sermons and thanks-givings, with all your religious parade and solemnity, are to him, mere bombast, fraud, deception, impiety, and hypocrisy—a thin veil to cover up crimes which would disgrace a nation of savages. There is not a nation on the earth guilty of practices more shocking and bloody than are the people of the United States, at this very hour.”

Reading the Frederick Douglass speech has become a tradition for me . Not just the excerpts you can find online, but the whole thing.  (Some have called it the best-crafted work of speech art of the 19th century, when rhetoric was at its height as an art form.)

Another part of Douglass’s message is this: The founders may not have envisioned people from Africa, natives of the land they now lived on, or women as equals, but their language has inspired the majority to demand that we are also included in “we the people.” That until all are liberated and considered legal equals, no one is liberated or equal.  Today, we can maintain that ending racism, sexism, antisemitism, Islamophobia, settler colonialism, homophobia, and other hate and injustice is necessary for peace and justice.  That political, social, and economic justice are all essential to peace and liberation of all.

In 1893, many years after his famous Fourth of July speech, Douglass said this to a gathering of progressive people of that day:

“The great problem that confronts the American people to-day is a national problem — whether this great nation of ours is great enough to live up to its own convictions, carry out its own declaration of independence, and execute the provisions of its own constitution.”

In 1854, abolitionists used the Fourth of July date to rally against enslavement.  Last year, Nikole Hannah-Jones reminded people that July 4, 1827, was the day enslavement officially ended in the state of New York.  (Hannah-Jones is the scholar who has been in the news recently when the trustees of the University of North Carolina initially bowed to pressure and refused to act on her tenure appointment, most likely because of her involvement with the New York Times’ 1619 project, one of this year’s main targets of the white backlash against antiracism.)

The idea of denouncing injustice and oppression, then calling for action and change to end their power over us: that’s a way to honor one spirit of the Fourth of July.

In February, 2019, I talked at a Sunday Platform about the two American traditions, one of racism and one of anti-racism.  I’ll be reprising that talk for our national organization, the American Ethical Union, on July 15 at 8 pm, with time for further discussion. (Find link for that free presentation via Zoom here, under Educational Programs:  American Ethical Union » AEU 106th Annual Assembly)

And so the Fifth of July for me is a time to think about the vision of a future that is inclusive, that repairs the harms of the past while nurturing our interconnectedness. Valuing the health and safety and sustainability of all. Then taking steps to get closer to that future.

For me, it means that working against the racism and the settler colonialism that is still in our national bones is crucial, and so is working for widening the circle of who makes decisions and reversing climate change that has been created and accelerated by human actions.

Voting rights seem a fundamental focus. Without voting rights, even when most Americans are still not ready to make choices that will move us into that sustainable, interconnected, liberated future.

The mixed message of fireworks seems to me to summarize our dilemmas. The spirit of the fireworks here in NYC seemed different this year. They still terrify and traumatize animals and some people. And yet, they are/were beautiful, and expressions of a feeling of relief over last year. Focused more on July 4 and not on weeks before that (the next weeks remain to be experienced). Pandemic easing (99% of deaths are now among those who are not fully vaccinated), some election victories in the last year of candidates more interested in the common good, an intended violent overturn of a national election thwarted.

I was, to my own surprise, uplifted by the spectacle of the fireworks.  And, pondered:  what ways can we find to celebrate that do not traumatize others?

What, to the person who believes in human rights and democracy, is the fifth of July? That’s the question to ask ourselves now.

“Reclamation is hard work. Finding the value in your group’s characteristics means always having to confront the darkness in those characteristics. For example, it is acceptable, and productive, to think of America as a great nation. It has many great characteristics, from the freedom it grants its citizens to the cultural contributions it has fostered and rewarded. But by unearthing America’s good qualities, you will also find its destructive qualities. The way it has interfered internationally and created death and misery for countless citizens of other nations, its history of genocide and slavery, and so on. It is possible to know America’s destructive power and still think it is a great nation. But some prefer not to look at all, so as to avoid the cognitive dissonance.”– Jessa Crispin

“Now is the accepted time, not tomorrow, not some more convenient season. It is today that our best work can be done and not some future day or future year.” – W.E.B. Du Bois