The Spirit of Play

Our “ethics matters” theme for June has been “play,” although I think of that more as an over-arching theme for June, July, and August.  Like other mammals, we play when we are young — and sometimes when we are not so young.  What are you doing to keep the spirit of play in your life this year? 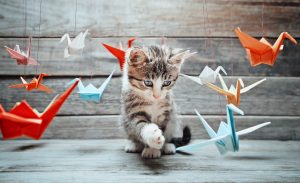 Or you might consider? What games do you remember playing when you were a child?  What did you learn from them?  Did you — do you — prefer competitive games?  Physical games?  Games that stretch the mind?  (I can hardly wait until it is safe to have a Games Night at RYSEC again.)

What made it easier or harder for you to play games?  I remember when tennis suddenly became an in thing in the early 1970s. I decided to learn to play.  As a kid who hadn’t been good at many games, I practiced a lot, got very good at serving exactly where I wanted the ball, and then began some games with friends. Once I got on the field it was terrible. One  eye, it turned out, was an undiagnosed lazy eye.  If someone hit the ball to that side, I just didn’t see it. It’s no fun to play with someone if you have to be so accurate you always get the ball to the other player’s good side, or they won’t return the ball.  So much for tennis.  Although I figured out that my lazy eye may have been the problem with other childhood games, as well.

When my mother was in her 20s, she took workshops and classes to become a community organizer.  (Yes, there were community organizers back in the 30s and 40s.) One of her most influential teachers was Neva Boyd, a social worker who believed in the value of play. Neva Boyd trained social workers to use recreational games as group work. Because of that background, my mother tried out lots of folk games on us kids, and by extension our neighbors.  Few other neighborhoods of that time spent hours at dusk in summertime with groups of kids playing Kick the Can, a game simple enough it didn’t require expensive equipment, and which drew on both physical agility and mental agility.  (You have to have what is called by psychologists “theory of mind” to figure out where someone might think you would hide.)

During World War II Mom (before she was Mom) was assigned to be a recreational worker for the community at the Willow Run plant in Michigan.  If you’ve ever read The Dollmaker, or have seen the movie, you know the setting and situation.  Mom realized that one of the toughest parts was going to be building community between people who didn’t know each other and might not have gotten along. Immigrants from a variety of countries, poor white people from hill country in Kentucky and Tennessee and West Virginia, poor Black people from the rural South and the growing ghettos of the urban north — they all needed to work together well at the Willow Run plant.  They also had to live in pretty close quarters in the housing, mostly trailers, quickly constructed for the hugely increased and temporary workforce.

And so Mom continued to use games and folk dances in her work with adults and children, using play together as a way of fostering understanding and cooperation. She really believed that if you got people playing together, they could not hate each other, and they’d learn to evolve norms for being together peacefully and even with joy.