Responding to Attacks on Inclusion and Democracy

Our hearts are heavy after last week’s three major hate attacks: the shooting of two African American elders in Kentucky, after the shooter had first attempted to enter a black church he found locked;  the pipe bombs sent to major political figures in perhaps the largest-scale political assassination attempts in US history; and then the shooting at the Pittsburgh Tree of Life synagogue that killed 11 and injured six more, which was not only an anti-Semitic attack with the shooter calling to “kill all Jews” but was also an attack on the work of that community in supporting refugees. 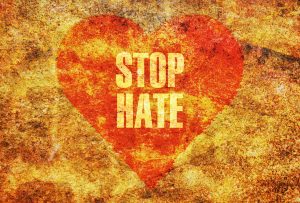 The effect of such attacks always includes not just those directly affected, but many more indirectly affected.  Here in Riverdale, many houses of worship had police protection on Saturday and Sunday, including a watchful police car outside our own meeting house during our Sunday platform meeting. I have had people dear to me who were present at previous hate shootings, and I know personally how even second- or third-hand experience of such attacks can affect us, and new attacks bring back old feelings.  I can understand how these attacks may feel personal, even with no direct connections, as they were, like all hate crimes, meant to terrorize all members of the group.

This Saturday, many Jews were reading the week’s Torah reading on “welcoming the stranger.” Our platform address Sunday was on “Sanctuary: Welcoming Difference.”

These three incidents also pointedly attacked the very ideas of democracy and inclusion. This threat was made even more pointed by this weekend’s presidential election in Brazil of a populist extremist who supports military dictatorship, torture, and shooting political opponents.

I found myself putting this into larger context through these words from Michelle Alexander, from a New York Times op-ed on September 21, 2018:

“Those of us who are committed to the radical evolution of American democracy are not merely resisting an unwanted reality. To the contrary, the struggle for human freedom and dignity extends back centuries and is likely to continue for generations to come. In the words of Vincent Harding, one of the great yet lesser-known heroes of the black freedom struggle, the long, continuous yearning and reaching toward freedom flows throughout history ‘like a river, sometimes powerful, tumultuous, and roiling with life; at other times meandering and turgid, covered with the ice and snow of seemingly endless winters, all too often streaked and running with blood.’”

And from later in that op-ed:

“If we pause long enough and consider where we stand in relationship to the centuries-long quest to create a truly equitable democracy, we may be able to see that the … river that brought us this far just might be the only thing that could possibly carry us to a place where we all belong.”

May we be ever stronger in our commitment to human worth, human dignity, human freedom, and human connection, in a world in which these are under attack.

If you find yourself needing to speak to someone about your own reaction to the events of last week, I will be in the office on Tuesday and Thursday this week.  Call Grace to make an appointment in the morning or afternoon of either day for either an in-person or phone conversation.