Every time I present about the “Women of Ethical Culture” I am reminded of a general principle: that when we look at the history of any nation, culture, or movement from the perspective of the women or other historically-marginalized group, we see a more complete picture of the history. 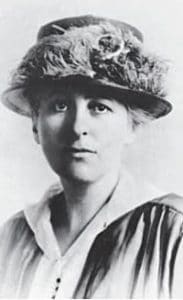 This year I’m thinking especially of Josephine Goldmark, a sister-in-law of both Ethical Culture founder Felix Adler and ground-breaking lawyer and Supreme Court Justice Louis Brandeis.  She and Florence Kelley talked Brandeis, while still in private practice, into taking on the case of Muller v. Oregon, which was really taking on the then-dominant legal theory that any state laws about working hours and working conditions was a violation of a corporation’s “freedom of contract.”  Josephine Goldmark, Florence Kelley, and Josephine’s sister Pauline Goldmark pulled together statistics and other documentation of the effects of women working long hours.  Together with Louis Brandeis’ much-shorter contribution about legal precedent, this Brandeis Brief convinced the Supreme Court.  That decision led to more laws protecting worker rights.

The general principle of protecting women was then, and for some decades, in conflict with the idea that all laws should treat men and women equally.  And in the 1970s, with the so-called Second Wave of feminism, most feminists came to see that special women’s protective legislation limited women’s opportunities, and that all workers deserved protection.

Feminism, from the 1848 Woman’s Rights Convention on, often focused on rights of white, comfortable women. Their battles for education, the vote, and equal treatment under the law have often benefited all women, but often disproportionately benefited white women who were already fairly comfortable.  It’s not that their needs are not also important, to achieve full human equality — it’s that focusing on those needs is not enough.  And not really deserving of the name feminism, if all women’s needs aren’t included.

Josephine Goldmark and others around her saw feminism through the lens of protecting the rights of working women, meaning, at the time, those women who worked in textile factories and other jobs that had long hours and poor working conditions.  At the same time, other women connected to Ethical Culture, Lillian Wald and Jane Addams, worked for home nursing services, safe neighborhoods, and better sanitary conditions.

In a time when the courts have been packed to predispose them to return to the time of corporate power where corporation rights were placed above human rights, it’s good to remember people who worked and succeeded before us on humanizing justice.  And to remember feminisms that recognized the women with fewest rights and opportunities, and that focused on their needs.

This month, our Racial Justice Book Group is reading Hood Feminism by Mikki Kendall.  It’s another take on how easy it has been for mainstream feminism to ignore intersections with womanhood like race, class, sexual orientation, and ability, and to center the needs of white women who are already more comfortable.  Whether you’re able to join us in the discussion on April 8 of this book, you’ll likely expand your view of what “women’s history” and “women’s rights” can mean. 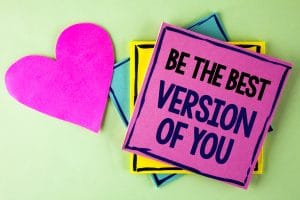 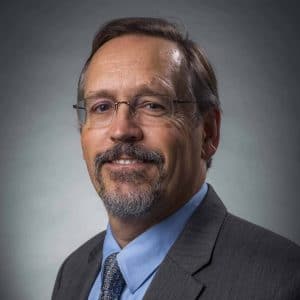 Many Americans feel there is something deeply wrong about the staggering wealth inequality in the United States. Those who seek collective solutions often promote progressive taxation and government support for those on the lower[...]
May
2
Sun
11:00 am Sunday Meeting May 2021
Sunday Meeting May 2021
May 2 @ 11:00 am 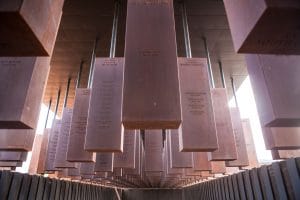 Memorials to Slavery, Lynching, and the Holocaust How do we memorialize history that has dehumanized people?  The Montgomery Four will discuss their trip to the National Memorial for Peace and Justice in Montgomery, on this third anniversary[...]
View Calendar