Hate Has No Home Here

Image by Arek Socha from Pixabay

Writing as the Leader of the Riverdale-Yonkers Society for Ethical Culture, I am saddened at the outbreak of antisemitism over the last few days, as synagogues and Jewish centers were vandalized, including the latest incident Sunday night.  As I write this, it seems like the work was of a single individual, who has not yet been apprehended.  But that does not diminish the hurt and even trauma of knowing that hate has reared its ugly head again.

I am glad that so many in the Kingsbridge / Riverdale / Marble Hill Community have reached out in support of our Jewish neighbors.  I am also saddened that the responses in public media have also included baseless claims that are themselves rooted in racial assumptions and hate.

In our culture, there are many dimensions in which hierarchies of power and preference are active.  Antisemitism, racism, sexism, ableism, economic injustice, ethnocentrism, homophobia — these and more are each a self-reinforcing system that uses hate to maintain itself.  Some are Downs and some are Ups, to use simple language from the late Dr. Robert Terry.    And it is not uncommon for members of a group that is among the “Downs” in one dimension to express bias or hate towards members of another “Downs” group.  We are seeing an uncomfortable lot of that this week.

Almost 30 years ago I read about the idea of “kyriarchy” in the work of feminist Elisabeth Schüssler Fiorenza.  Her point was and is that as long as we have systems of subordination, which are culturally reinforced so that they become both internalized as hate and institutionalized by overt advantage/disadvantage, these will interact and serve to reinforce each other.

Many of our Jewish neighbors have applied their own experience with antisemitism to  become leaders in efforts to welcome and support immigrants from all backgrounds, and to tackle racial injustice.  In the mid-20th century freedom movement, Jews were often the most reliable allies of Black activism.  That understanding of the intersectional and reinforcing systems of power and privilege is one that we need to keep in mind today.

From early reports, it seems that an African American individual is the identified suspect in these incidents of vandalism.  Rather than compound the hate behind such acts by generalizing and attacking in return, we can understand that the problem is ANY hierarchy that values and empowers some people over others, and that these hierarchies interact.  Reinforcing one does not dismantle another.  Quite the opposite: it has the power to increase hate all around, including cycling back on those who are, in a moment of fear, simplistically blaming a group for their own pain, when the target of their blame may be doing exactly the same thing.

This is a time for solidarity, for “repairing the world” rather than looking for simplistic reasons to blame.  NO form of hate and no form of a hierarchy of value should have a home here.

Note: If you’re traveling around Riverdale you’ll likely notice increased police presence, including at our own building.  Just adding to the reality that hate remains a problem. 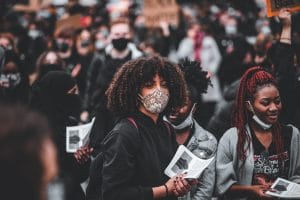 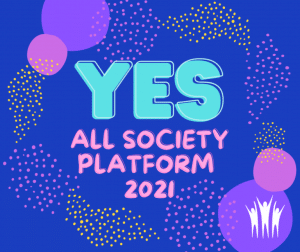 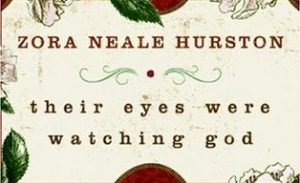 ​A group including members from several different congregations and secular organizations has been meeting most months to discuss books that educate and motivate us in anti-racist work.  During the pandemic, we’re meeting online, so you’re[...]
May
11
Tue
8:00 pm New Moon Gathering
New Moon Gathering
May 11 @ 8:00 pm – 9:30 pm