A Guide to Calling Your Representatives 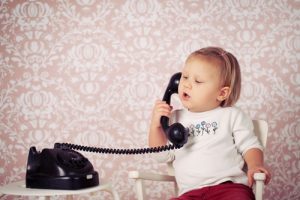 Why is calling so important?

“Calling is the most powerful ways to put pressure on your representatives – even more than social media, email, or snail mail.

Why? It shows commitment to a cause. And representatives know that if they don’t hear the concerns of their constituents, it could impact their ability to get reelected.” Read More

“… a large volume of calls on an issue could bring an office to a halt, sometimes spurring the legislator to put out a statement on his or her position, Ms. Ellsworth said. She recommended the tactic in a series of tweets shared thousands of times.

“It brings a legislative issue right to the top of the mind of a member,” she said. “It makes it impossible to ignore for the whole staff. You don’t get a whole lot else done.” Read More

Pick an issue for the focus of your call

“The [call] should be about a live issue – e.g., a vote that is coming up, a chance to take a stand, or some other time sensitive opportunity. The next day or week, pick another issue, and call again on that.” Read More

For a town hall or in-person meeting, you can discuss several issues. But for a phone call, stick to one issue for clarity and brevity, and for the office’s record-keeping.

Find My Representative: the official lookup for finding your Representative in the House.  enter your zip code, and sometimes, your address as well.

Contacting U.S. Senators: the official lookup for finding your Senator.  Choose a state.

5 Calls: Enter zip code and click on an issue. You will then see all of your representative’s local and national office numbers along with a description of the issue and a specific script for the call.

Use a script or make your own, personalized script

If you are new to making calls or are nervous about saying the right thing, use a script. However, calls that feature a personal story or message can make a bigger impact:

While scripts found on the internet can be useful for people uncomfortable talking on the phone, [Emily Ellsworth, former Congressional staffer] suggested making the phone calls as personal as possible. In some cases, if she was moved by a call, she would pass on the comments to her district director, she said.

“‘What representatives and staffers want to hear is the individual impact of your individual story,” she said. “I couldn’t listen to people’s stories for six to eight hours a day and not be profoundly impacted by them.'” Read More

Work up to making 3-5 calls per day

5 Calls: A handy tool that gives you suggested issues, descriptions of the issues, scripts and phone numbers

Here’s Why You Should Call, Not Email, Your Representatives

Common Cause: Learn about important issues and find suggested actions