The Ongoing Crisis of Democracy in the USA

We are honored to have a return visit from Lincoln Mitchell, who spoke to us on the crisis of democracy in 2018.  He describes his talk this time:  “Despite Joe Biden’s defeat of Donald Trump in the 2020 election, the crisis of American democracy remains acute. Voter suppression laws, and, more significantly, laws that make it possible for state legislatures to overturn the will-and votes-of the people, mean that our elections are still very precarious and vulnerable. Additionally, the ongoing GOP embrace of Donald Trump and his brand of authoritarianism remains an obstacle to meaningful progress for American democracy. So, what can we do about this? What are the tools that we can use and how can we overcome these obstacles.” 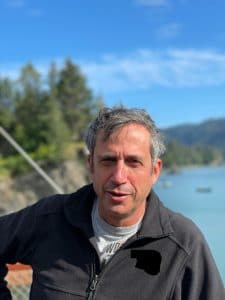 Our speaker Lincoln Mitchell is a writer, pundit and specialist in political development based in New York City and San Francisco. Lincoln has worked on democracy and governance related issues in the former Soviet Union, Eastern Europe, the Caribbean, the Middle East, Africa and Asia and over the last years has used that expertise to understand and explain American politics and the current crisis of American democracy. Lincoln is a frequent contributor to CNN Opinion and is a columnist for Brussels Morning as well as the San Francisco Examiner. Previously, he was the national political correspondent for the New York Observer.  Lincoln currently teaches in Columbia University’s School of International and Public Affairs and worked for years as a political consultant in New York City advising and managing domestic political campaigns. He received his BA from UC Santa Cruz and his Ph.D. from Columbia University.

We are currently planning for this to be a Zoom meeting.  Watch our newsletter on Monday, September 20, to see if there are limited seats available to watch the streamed event at the Meeting House.  Gathering time is 11-11:15 and the program begins at 11:15 ET.  Social time follows the program approximately 12:30-1pm.

Contributions to "Sunday Sharing" are shared between RYSEC and this month's sharing partner.  Read more and contribute: