Ethical Culture Is a Platypus

When Europeans first encountered the platypus in Australia, the first assumption was that it was a hoax. A duck’s beak and webbed feat on the body of a beaver-like mammal? An aquatic mammal that gives birth by laying eggs? 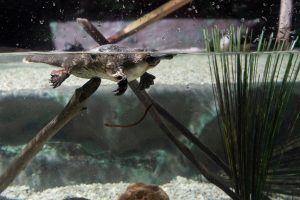 Image by pen_ash from Pixabay

Instead of trying to pigeonhole it into existing categories, science finally realized that it is, well, itself. One of only five species in the order called monotremes, it’s the sole living representative of its family and genus.

Ethical Culture is a platypus. That is, it’s a religion [mammal], even though it has features that make it look not like a religion. As with the platypus — that it’s a religion is important for some purposes but ultimately, what’s important is that it fills a niche successfully, and thrives in that niche.

It’s easy to quickly assume that Ethical Culture [or a platypus] is a mishmash or contradiction, rather than something that evolved organically to serve a specific niche quite well. The fact that it exists serves to remind everyone that religion [mammaldom] is broader than the many other examples of religion [mammals] that are out there. The platypus doesn’t give birth to live young, has what looks like a beak, but it’s still a mammal.

Ethical Culture is creedless, doesn’t necessarily have anything to say about the supernatural — but it’s still about finding meaning and purpose, and figuring out how to live, and doing so in community with fellow seekers.