To be a humanist means in part to accept that we are human beings, not angelic beings or robots. We are messes of emotion and reason, and sometimes the two are hard to separate.  As Ben Franklin said (with updated language): “People are reasonable animals. We can find a reason for anything.” Beware the person who thinks they are completely guided by reason and not at all by emotion! 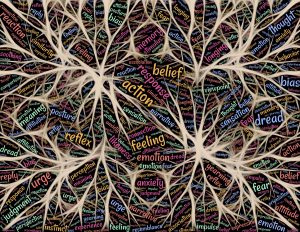 Image by John Hain from Pixabay

Or as the French thinker Luc de Clapiers wrote (again with updated language), “Reason and emotion counsel and supplement each other. Those who heed only the one, and put aside the other, recklessly deprive themselves of a portion of the aid granted us for the regulation of our conduct.”

For more than one hundred years, speakers from our platforms have often used a metaphor to describe the core of what it means to be an ethical person or an ethical community: head, heart, and hands.

“Head” calls up for most of us a set of images about thinking, planning, and reasoning.  “Use your head” can mean to think rationally and logically, to think and to plan, to reason through complex ideas.  “Heart” represents a range of emotions: caring, compassion, and human connection.  Also maybe righteous anger and satisfaction.  “Hands” represent our actions – it is through our actions that our thoughts and our feelings come to have a material reality, and make a difference.  Through our acts, we influence our relationships.

For us, “being ethical” is not about following a set of rules.  To be an ethical person means being in right relationship, bringing out the worth and dignity of others and thereby in ourselves.  An ethical government is one that works for the freedom and happiness of all and not just a few individuals or groups.

Just as relationships need emotions to have full depth, so communities like Ethical Societies need emotions to be fully realized.  And how could we imagine an unemotional community?  Even attempting to be coldly rational, we get into conflicts, are threatened by some changes generating the emotion of fear, and experience anger.  Perhaps more so if we are denying that emotion is a part of what is happening.

Emotional appeals through music and art are part of what builds community.  “Music speaks louder than words,” as those involved in many social movements have found as music and chants help keep people motivated especially in the face of opposition.

Emotion by itself can be manipulated and turned into a tool for injustice.  Thus, groups and individuals seeking justice will want to nurture those emotional experiences that include rather than exclude, and avoid those that create fear.

Fear, we should know by now, is a primal emotion, and our reactions are often to fight back aggressively or defensively, to just abandon the relationship, or to freeze and be unable to react.  It takes effort to get our built-in emotional system to move instead to social engagement in ways that are likely to be productive.  I am intrigued by the neuroscience study that found that when we are in a state of fear, the part of our brain that recognizes other people as people is suppressed, and we are more likely to treat others as objects or mere means, not as ends-in-themselves.

Fear, if not transformed through emotional maturity into productive, civil action, moves us away from our vision of an ethical world.  Handling fear is not simply a rational task, since fear also suppresses our rational thinking.  Suppressing fear, instead of transforming it through head, heart, and hands, usually ends up with an explosion later, or the kind of toleration that allows injustice and suffering to reign.  Nurturing an emotional maturity, not just emotion for emotion’s sake, is where ethical community can focus its “heart” efforts.

Treating emotion, reason, and action as equal partners in ethics is more helpful than trying to suppress any of them.  All are needed if we are to live in a world full of unethical behaviors and injustice, if we are to strive to bring out instead human worth and honor human dignity, through our ethical relationships with each other and with wider circles.  Mature emotion, wise reason, and thoughtful caring action support and enhance each other.

We are emotional and thinking creatures – mostly a lot more emotional than thoughtful – and the two need to be in a kind of balanced tension with each other and with action for us to achieve the vision of ethical living and ethical community.